Well, 24 days after placing my order Aircraft Spruce finally shows a tracking number for my capstrip stock.  We’ll see if it actually shows up this week.  For a while there I was afraid this would just be a blog about how difficult it is to obtain spruce…  maybe eventually I will get to actually build some airplane bits.

So, note to self: Lesson learned.  Always order wood at least a month ahead of needs, preferably two or three months.  Looks like it’s time to start on the spar stock and the stuff I’ll need for the tail surfaces.  That order might be here by the time I finish the ribs.  There’s a time scale that obviously applies to wood construction that is quite different than what I’m used to.  And it’s not like I can just run down to the lumber yard and pick out some suitable spruce or Douglas fir.

So today, more than two weeks after placing an order for wood from Aircraft Spruce and five days after contacting their customer support to ask where the hell my order was, I finally get a response that they will be shipping three more days from now.  That will be a full three weeks from the time I placed the order, and also means I go yet another weekend without any supplies.

While waiting (still) for my spruce to be shipped, I did some figuring…

Building from plans means not getting the wood factory cut and grooved.  There are just some pieces that you can’t buy off the shelf.  The Celebrity plans call for rib geodetic braces made of 3/32″ x 3/8″ Sitka spruce.  ACS and Wicks sell spruce capstrip down to 1/8″ thickness, but not 3/32″.  So the choices are to plane or sand down the entire length of the 1/8″ x 3/8″ strips, or use them as is and just sand the ends to fit the grooves in the top and bottom capstrips.  So how much extra weight will we end up with if we just use 1/8″ thick pieces?  It’s 1/32″ thicker, so we’ll do the math… 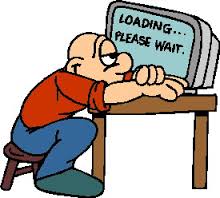 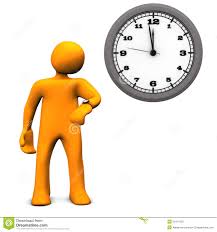 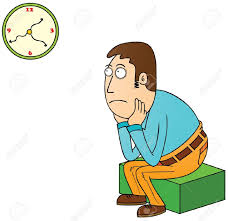 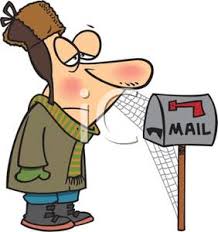 Well, I placed my first order for wood from Aircraft Spruce.  I ordered what should be enough spruce capstrip stock to build all f the wing ribs.  Should be here in a couple of weeks.  I guess I wasn’t thinking…  maybe I figured they kept this stuff in stock.  If I’d known there would be a 10-day lead time, I’d have ordered it two or three weeks ago.  Live and learn.

In the mean time, there’s not a lot to do.  If it warms up at all I may try to rip some 1/2 by 1/4 stock out of pine and get the saw set up to groove the rib capstrips.  I’d love to finish up the rib jig before the wood gets here.

I emailed Dave at Fisher Flying Products asking about the lift struts I have seen used on several Celebrities that I’ve seen in pictures.  I still have not seen an actual Celebrity “in person”, nor any other completed Fisher design for that matter – just a partially built single seat ultralight at Oshkosh.  It seems you have a choice between lift struts or flying wires.  Personally, I like the look of flying wires a lot better.  It just has that classic wire-braced biplane look.  I know that a cylinder shape, such as a wire, has much higher drag than streamlined tubing.  A cylindrical object will have 10 times the drag of a streamlined shape of the same frontal area.  The wires, however, will be much thinner than struts, 5/32″ — meaning that they would produce drag roughly equivalent to 1-9/16″ wide streamlined struts.  BUT…  the plans call for 1-1/8″ and 1-1/4″ round tubing for the lift struts.  The flying wires would have far less drag than those.  I could probably replace the round aluminum tubing with smaller streamlined steel and pick up some drag reduction there, but the fact remains — I just don’t like the look of the lift struts.

It’s not like this airplane will be a speed demon no matter what I do, so I’m not really worried about what may be a small drag penalty for the wires.  If I wanted to fly faster and more efficiently without regard for anything else, well, I have an RV-12 for that (acknowledging that “faster” is entirely relative here).  It looks like I can have the wires made to my specs by Aircraft Spruce, swaged and tested with professional equipment so I don’t have to worry about getting it perfect on my first try.

I did some additional work on the rib jig yesterday, including installing the main spar locating block and cleaning up a few nail points that were poking out the bottom.  I cut a bunch of blocks to locate the outer shape of the ribs, but did not install them yet.  I want to wait until I have some spruce stock to put in place, so I make sure it’s all in the right place.  I really want these to turn out as close to perfectly consistent as possible.  I had planned to use some pine cut down on the table saw to set up and test the jig, but it occurred to me that I had no way to know for sure my pine strips would be the exact same size as the capstrip stock supplied by Aircraft Spruce.  So, it’s time to order some wood.

I spent some time yesterday working on the first wing rib jig.  The workbench needed a new top surface, so I picked up a sheet of 3/4″ MDF at Lowe’s.  They were nice enough to cut it for me.  I ended up with one piece 3′ x 8′ for the bench, and two 1′ x 4′ chunks for rib jigs.  Nice how that worked out.

I marked a center line on the MDF and laid out the rib setup from Sheet #1 of the plans over it, then trimmed the paper to fit the jig.  I hate cutting up plans, but there’s an extra copy of that page for this reason.  I made all of the little chunks of plywood for the locating blocks, and cut a few small pieces of pine stock as needed.  Then I cut out the places where I would need holes to accommodate clothespins, marked those on the MDF and cut them out with a scroll saw.  I used some spray adhesive to stick the plans down to the MDF.  So far so good.

Next I had to find some clear poly to cover the plans sheet.  I finally remembered the nearly 4′ long bag in which the plans were shipped; it fit just fine.  With that in place I started nailing the locating blocks in place over the plan sheet.  I got most of them done before knocking off for the night.  I still need to make one more plywood block for the main spar locator, and make the blocks for the top and bottom capstrips.  I haven’t decided for sure how to do those.  I had thought about using a couple pieces of pine bent to fit, but that seems like a great way to mess up the jig trying to get them perfectly in place, and the jig needs to be as close to perfect as I can make it.  I’ll probably go with closely spaced pine blocks, nailed in place.

I received a quart of T-88 epoxy yesterday, so the first batch of glue is covered.  Today the mail carrier brought the plans, tightly rolled and somewhat bent from their trip from the nether regions of Canada.  I will be building Celebrity serial number CE164.  So now I have a number of jobs that need to be completed…

I’ll start with the wing ribs.  They use only two sizes of stock, and construction is simple and repetitive.  I can build the first two or three out of locally sourced pine, just to get the jigs built and get my process sorted out.  I can scrap them or use them as wall decorations in my office.  The jigs do not need to occupy the entire work bench, so the bench can be used for other things while working on the ribs.